The Bible-believing Christian and the Jewish People

The Bible-believing Christian and the Jewish People 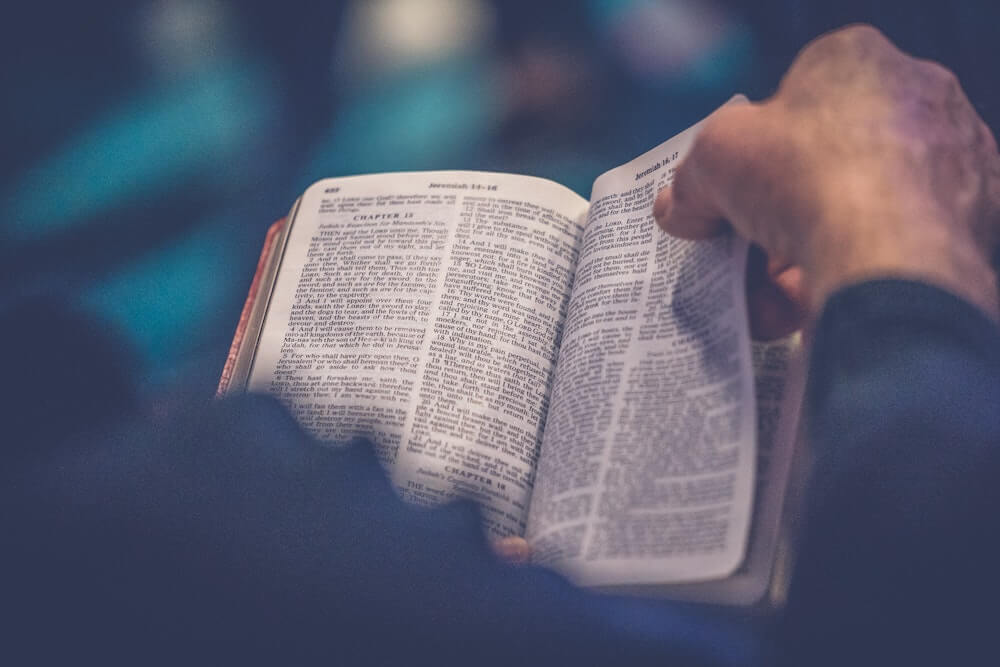 Francis Schaeffer (1912-1984) was one of this century's most influential defenders of the Christian faith. He and his wife Edith founded the L'Abri Fellowship in Switzerland in 1955 where, over many years, thousands of students found their questions answered, their doubts removed and their minds and spirits renewed through the gospel. Dr. Schaeffer's writings, notably The God Who is There, Escape from Reason and He is There and He is not Silent comprise a powerful critique of modern thought and a defence of biblical Christianity. The following article originally appeared in tract form and in the Autumn 1999 Herald and appears by the kind permission of Dr. Schaeffer's family.

We live in an age in which anti-Semitism is a powerful force. In many lands it has resulted in the death of countless Jews. In our own land it shows itself in various guises from time to time, and even among those who call themselves fundamentalist Christians we find an occasional individual who spends a large portion of his time assailing the Jew. Considering anti-Semitism, the first thing that fixes itself in my thinking is the fact that Christ was a Jew. When we open the New Testament to Matthew 1:1, we find the very first claim made concerning Christ is that he sprang from Abraham and was a descendant of David. The Bible does not say that Jesus just happened to be a Jew, but the Word of God emphasises over and over again that he was a Jew.

Jesus was a Jew

When he was eight days old he was taken to the temple and circumcised, as was every Jewish male. Therefore, we must remember that Jesus bore in His body the physical mark of the Jewish people. At the age of twelve he was dedicated at the temple, again emphasising that his Jewish identity and Jewish faith were not incidental to him but that from his early training they formed his vital human background. The Bible teaches that during his public ministry as an adult man, while repudiating purely human Jewish traditions, his life carefully conformed to Old Testament standards. In fact, he lived in such a way that the Old Testament prophecies concerning the Messiah were fulfilled fully in Him. He was the Jew of all Jews. In His public ministry we find him dealing almost exclusively with the Jews. Hardly ever did he touch a Gentile life. The twelve disciples were all Jews. The earliest church consisted completely of Jews. It was Peter the Jew who spoke to the proselyte, Cornelius. It was the believing Jews, scattered abroad by the persecution that followed the death of Stephen who took the Good News to Antioch in Syria where the first Gentile Christian Church was formed. The missionary who opened up the heathen Roman Empire to the preaching of the Gospel was the Jew, Paul. And if we ask why it was that the Jews received such an important place in the early Christian Church, we must realise that it was not an afterthought in the plan of God. For two thousand years God had been working in history to bring forth this very fact. He called Abraham from Ur of the Chaldees as the first Jew when the earth had completely apostatised from the living God. He promised him that the land of Canaan would be his, that he would have numerous seed and, above all things, that all the world would be blessed through him. God called Abraham forth for this specific purpose; that through him the Messiah should come. In the providence of God, for two thousand years the Jewish nation was the cradle of the coming Redeemer.

As we examine the history of that two thousand years, we find God constantly reaffirming his promise of the coming Messiah to the Jews, so that not only was the promise made to Abraham but also to Isaac and Jacob, and then it was narrowed down to the tribe of Judah, and then to the royal family — the family of David. As the years passed, God promised that the Messiah would be born in Bethlehem, that he would suffer, and also that he should rule in Palestine on behalf of His people, the Jews. In those two thousand years in which the way was prepared for the coming of the Messiah, but for the light that shone in Israel, all the earth was in a state of spiritual darkness. While our ancestors worshipped we know not what — but certainly not the living God — the Jews were called God's chosen people. They were separated from all other peoples of the earth. They were beloved of God, a kingdom of priests. In order that the Anointed One should come, even in their times of sin God kept His hand upon them so that a faithful remnant should be His. Jesus was not a Jew by accident, nor was it an incidental thing in the plan of God. According to both the Old Testament and the New Testament, if Jesus had not been born a Jew he could not have been our Saviour. As for the present time in which we live, Romans 11:17-24 teaches that we Gentile believers should not boast against the Jews, "the natural branches" of his Olive Tree, for if God spared not the natural branches, we are warned to take heed lest he spare not us. How clearly it is emphasised that if we who were "wild branches" by nature were grafted "contrary to nature" into the good olive tree, much more shall the natural branches be grafted into their own olive tree. And what does Ephesians 2:14 stress to us but that by Jesus' death "the middle wall of partition" between Jew and Gentile was broken down. Not that the Jew should be cast aside, but that Gentiles should have place with the Jews by faith. Abraham is now our father and, as we Gentiles have put our faith in Christ, we are now spiritual Jews.

The Future of the Jews

The Word of God is explicit still about the future. In Romans 11:25 it is made clear that the blindness which now in part is happened to Israel is not forever, but "until the fullness of the Gentiles has come in". And then what is to come to pass? The 26th verse tells us that "all Israel" shall then be saved when the Deliverer "will turn away ungodliness from Jacob". The 29th verse is one that Christians love and use for ourselves, "For the gifts and calling of God are irrevocable." We may apply it to ourselves because God never breaks any promise but let us notice that the primary application in this place is to the Jew. God has promised great things for Israel as a nation, and the Word here tells us that he will bring them to pass. If he does not bring them to pass, then "the gifts and calling of God" are not "irrevocable". Clearly, again, in Zechariah 12:10 it is stated that the day will come when the Jews, "will look on Me whom they have pierced; they will mourn for Him as one mourns for his only son." In the day when Israel shall be saved they shall look upon Jesus and know that in His first coming he was their true Messiah. Again, it is not only the Old Testament, which promises that the land of Palestine will once more belong to the Jews. In the New Testament, also, in Luke 21:24, we are told that, "Jerusalem will be trampled by Gentiles until the times of the Gentiles are fulfilled". The Word tells us that the day will come when "all Israel will be saved", that the Jews will "look upon" Jesus as their true Messiah and that the Promised Land will be theirs once more. It is not only for the past, not only for the present, but also for the future, that we who are now Christ's should love the Jew.

The Irrationality of Christian anti-Semitism

How odd of God to choose the Jews.
But not so odd as those who choose
The Jewish God and hate the Jews.

“Neither will I hide my face any more from them, for I have poured out my Spirit upon the house […]

A Sermon by Robert Murray M'Cheyne, preached on 17 November 1839, after returning from a "Mission of Inquiry into the […]

As concerning the gospel, they are enemies for your sakes: but as touching the election, they are beloved for the […]

Francis Schaeffer (1912-1984) was one of this century's most influential defenders of the Christian faith. He and his wife Edith […]