THE GOSPEL TO THE JEWISH PEOPLE

We see our ministry as two fold: to witness to Jewish people of Jesus and to assist Christians and churches in their witness. We encounter Jewish people in our daily lives, by door-to-door visiting from churches, by organising special evangelistic events, and through other weekly activities.

CWI has a history that goes back one hundred and fifty years. We have no doubt that it continues to exist because God honours those who honour Him, and we have over the years endeavoured to faithfully proclaim the one true Gospel and have remained obedient to God's command to go to the Jews first as they are His people of promise.

It has also continued to exist because countless Christian people have followed the Bible's teaching that they should love the Jews and so they contribute to CWI's support by their time and their gifts.
READ MORE ABOUT OUR HISTORY

Council Member
Peter Kaldor bio...
Robert Smith bio...
Michael Jensen has for many years had a love for the Jews. As a child he heard his Danish father speak with much affection about the king of Denmark’s courageous stand during the 2nd World War, defending the Jews against Nazi oppression. These seeds of affection for God’s ancient people germinated following Michael’s conversion in the mid 1970’s when he gained a deep love for the patriarchs and the heroes of faith in the Old Testament.

Later during his theological education, the nation God chose to be the instrument through whom he would introduce his Son to the world, was seen as precious in God’s sight. The Hebrew language and the history of the people of Israel also stimulated a longing for the people of Israel to know their promised Messiah - Jesus Christ. In the early 2000’s an introduction to a CWI prayer meeting in Melbourne brought Michael into direct contact with Jewish evangelism. An invitation from Paul Morris to join a steering committee in Melbourne led to closer connections within CWI and today membership of the CWI Council in Australia.

Michael has been pastoring a multicultural church in Melbourne for over 30 years. He has a passion for revival and sharing the gospel with people from every nation. His wife Kerry has prayerfully supported his ministry and together they have raised 5 children who are all serving the Lord Jesus in various ways.
Rae Goth accepted Jesus as her Lord and Saviour whilst studying at University 60 years ago and has kept in touch with several of her Jewish friends. Although now retired she still has a heart for those with whom she was involved in hospital chaplaincy. Teaching God’s Word in her own Church and further afield has been a long term ministry.
She hopes to be of assistance to Mark and Rahel in their deputation ministry. She counts it a great privilege to participate in regular meetings and to help at the various functions we organise.
Rae has remained in touch with Jewish relatives and friends from earlier days and continues to build these relationships and to witness to them about the promised Messiah.
Ben Pakula was raised as a Reformed Jew. At age 13 he celebrated his Bar-Mitzvah at Temple Emanuel, Woollahra. At age 19 he came to know the One who perfectly fulfilled all of God's mitzvot, and who gave His life as a ransom for many: Jesus, the true Emanuel. Early on as a Christian Jew, he reasoned that God had given him the extraordinary blessing of being born in Australia; a wealthy and free country with vast opportunity. His paternal grandmother - a French survivor of the Holocaust - emigrated to Australia shorly after the war. Given how much Jesus had done for him, he loathed the thought that upon His return he'd have little to show for the kind investment He made. Ben wanted to do as much for God's kingdom as he could, which is why he has ended up in full-time vocational ministry in the South-West of Sydney. He serves as an assistant minister in an evangelical Anglican church, and longs to see both Jews and Gentiles come to know the wonderful salvation found only in Christ, and to strengthen God's people in the faith.
He's been married to Stacie for 15 years and they have three lovely boys - Eli (12), Micah (9), and Isaac (5). Stacie is a gifted cook, and she enjoys going out to a nice restaurant. Eli is into soccer, guitar, and drawing. Micah is into chess and Pixel Gun 3D (a computer game), and Isaac is into whatever his brothers like. Ben is into music (guitar and drums), and writes and records Christian music for children with the aim of having truths from God's word permeate their hearts and minds, as well as my own.
The way he came to know the Lord was through the witness of an uncle; an orthodox Jew who had come to faith and had subsequently been marginalised from the family. This uncle has since discipled and mentored me, and impressed upon me the biblical importance of Jewish ministry. He didn't need much convincing! But he wanted to support and/or serve in a Jewish ministry that was thoroughly reformed and evangelical. It's for this reason that Ben is glad to serve on the board of Christian Witness to Israel.
Bruce Christian came to realise he was a sinner who needed a Saviour in his late teens. After pursuing an Engineering career for over ten years, he entered the pastoral ministry of the Presbyterian Church of Australia in his early thirties. His study of Biblical Hebrew at Sydney University as part of his BD degree, he developed a love and concern for the Jewish people. His subsequent call to pastor the congregation at Rose Bay in the Eastern Suburbs of Sydney for nearly 30 years strengthened this love and concern for Jewish people, and he joined the Council of CWI Australia in the late 1980s.

One of his greatest joys is to see Jewish people coming to understand their faith background properly by recognising Yeshua (Jesus) as their Promised Moshiach (Messiah). He is greatly encouraged by the way our Sovereign Lord is using the ministry of CWI (IMJP) so effectively in this process and longs for this to continue, with the support of Christian Churches. Before 'retiring' in 2008, Bruce also served the Presbyterian Church of Australia as the Moderator of the NSW Assembly in 1990-91 and the Moderator-General of the General Assembly of Australia in 1997-2001. He and his wife, Pat, have 5 children and 17 grandchildren.

Mark and Rahel Landrum are lifelong missionaries who have recently joined the CWI team and are currently based in Sydney, Australia, which has a thriving Jewish community of about 50,000.
READ MORE 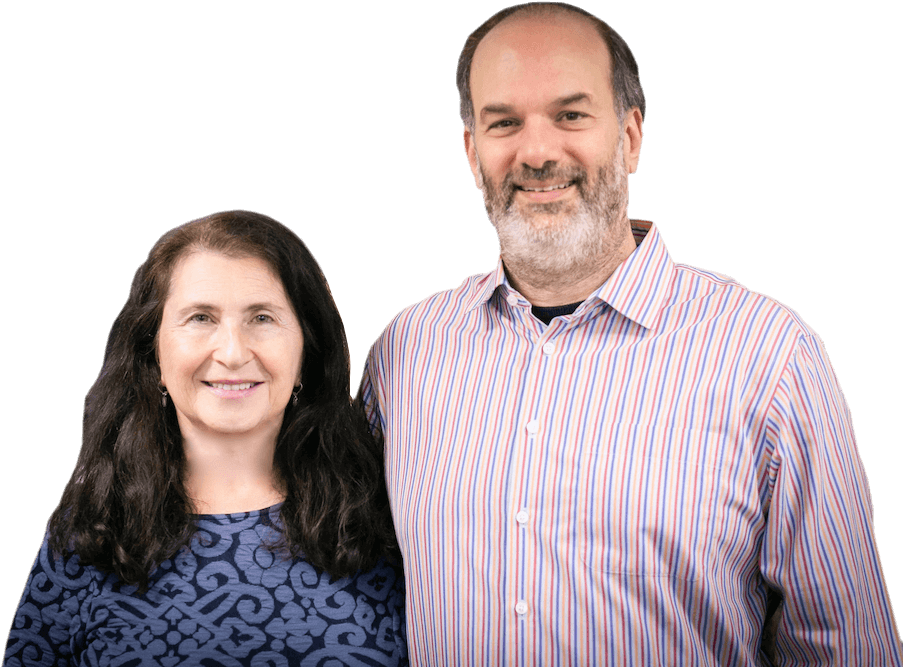 For any enquires or further information, please contact CWI by email, phone, or the interest form below and we will get back to as soon as possible.